WE ARE NOT AWARE OF WHAT WE ARE CAPABLE OF DOING!

In autumn of 1989 together with a group of enthusiasts and students, we created a group in Belgrade, an association of citizens called:” The center for the wholesome development of man, Vasa Pelagic”. We organized: teachings, sessions, seminars on macrobiotic cooking, individual and group consultations that have to do with healthy food and self-care. We cooperated and helped many people in opening some of the first healthy food stores. The first organic ownerships. We promoted the concept of going back to our roots, a healthier way of living with traditional values. Writing and working with publishers, magazines…

Macrobiotics at that point in time was very popular, a healthy choice for dieting. It gave good results, as it lessened the burden of many patients, even those who had it worst. If anything, in my opinion the most valuable lesson that came out of this teaching is that FOOD is MEDICINE but also ENERGY. By using this treatment I cured myself and set off to find some of our long forgotten meatless meals, health baths, balsams… Most of these recipes can be found in my book APSOLUTNO ZDRAVLJE (ABSOLUTE HEALTH). Many original recipes and teachings were forgotten/destroyed throughout time, especially during communism. My research spread to the traditions of many other cultures in various parts of the world, as it was a common theme for recipes to have much in common. “The principle is the same, the difference is in minor details.”

Dom omladine and Studentski kulturni centar welcomed us with open arms, so we used their spaces for various seminars, public talks, workshops…

An important way of helping someone who is “severely” ill is using a support group. This is where WE would come together- “the exiled”, “the incurable”.

One day, the group met up. We had all introduced ourselves and our diseases, why we were there, when a woman clad in black came into the hall. She walked in with a child, about nine years old, who, after dropping her off, left the hall.

The woman had a white cane and asked if she was late. I told her that no one was ever late here. She proceeded to sit down and introduce herself. “My name is Persida, I studied chemistry and for that reason I believe in natural healing. Ten years ago, I lost my husband and three children in a traffic accident.” The room went silent.

“After which I got high blood sugar and went blind from it”, she continued “one day I was returning home from the market, when a man came up to me and offered to help.”

She explained how through talking to him, she found out that he was a construction worker, how he was living day by day, making ends meet. He helped her get home carrying her bags to her apartment. She offered him some coffee, feeling that he was a good person she offered him a room.

“I was very lonely, he was the only one who took care of me. We became partners.”

A child was created from their union.

“The man went on to another construction site, and I was left with the child”, she said with a smile “The child brought meaning back into my life.”

“Sadly my blood sugar disease and chronic problems took their toll and I got liver cancer. The doctors gave me three months to live.”

Every person in the hall was silent, apart from the people who were crying.

She decided that she had to live to take care of the child until he was eighteen, to see his studies through.

She wanted to learn to cook the macrobiotic way, to change everything she could. She came to every seminar, cooking even though she was blind, every single day. She went to acupuncture, shia tsu massages.

We stayed in contact until 1993, talking very often. Sometimes if I had too much to do I would let the machine pick it up, despite which I could hear her say:” Pick up I know you’re at home!”

At one point in time, we lost touch. We went to Sweden in search of an ancient recipe. Small children, the fall of a great nation, economic sanctions, bombing…

In 2002, the premier of our country, Zoran Djindjic, was assassinated. The police action “Sabre” had started…

My husband and I been driving down the freeway very slowly. We passed a vehicle of special ops in masks.

Suddenly a police light lit up and ordered us to get off the road. Out of the vehicle came a tall, well-built officer. We were unsure about what we had done wrong.

He came up to the window and asked us if we were Sladjan and Vanja.

We were stunned, but confirmed his suspicion. He took off his mask and said:” My name is Nebojsa. I am Persida’s son!” We could see a very handsome young man.

He was an officer of the spec ops. He told us that Persida survived exactly until his eighteenth birthday.

When Persida had come into the hall, everyone was facing their own problems. Some couldn’t give up meat, sugar, milk… Others had a hard time making a fresh meal. Why couldn’t they just eat out…

She had left all of the “stupid” excuses behind.

People understood how small their problems were compared to hers.

Till this day, whenever someone says that they can’t do something, I remember Persida.

Humans aren’t aware of what they ARE capable of!

Homeopathy is a way of healing which has been in use for thousands of years. It bases itself on humans being beings of energy. As

For 30 years I’ve been investigating many technics of traditional medicine, from the Far East to the modern West, all the way to the cradle

The immune system can suffer damage from one’s lifestyle which is called ENERGETICS or VITALITY. It’s what a person does daily in their life which 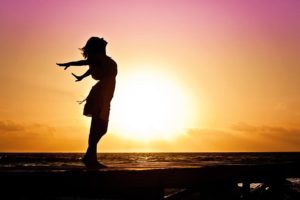 THE POWER OF FORGIVNESS

After about twenty years of working on myself, with much insight into food, psychotherapy, practice… I woke up one morning to see my children off